My time at Harvard Research Program has ended. It has been a fruitful month, with discussions with Mentor W and works on my own. In addition to the knowledge gained in the field of life science, which I heartily thank Mentor W for his guidance, I have come to realize several essential points to me maturing in science and research. I noted my eagerness at the first meeting Mentor W explained the mission of the research—to redesign syringe-injectable electronics using AutoCAD to overcome the device’s limitations, including its severe damage to organisms’ (mice’s) neurons as about one in twenty mice survives after being injected the electronics, and small range of neural activity detection, for only a few neurons’ signals have been detected. With excitement to start, I underestimated the difficulties, which later became evident, of coming up with a satisfyingly reasonable improved version of syringe-injectable electronics. Therefore, Mentor W’s request for me to create an AutoCAD design of the original syringe-injectable electronics in the paper “Syringe-injectable Electronics” took me slightly by surprise. What seemed at that time an unnecessary preparation or a waste of time turned out to be quite useful in allowing me to proceed further in my improvements of syringe-injectable electronics. One week after the first meeting I had another discussion with Mentor W. By that time, he had already acknowledged that my draft was good. As I questioned him about when to start redesigning syringe-injectable electronics, Mentor pointed out to me that the moment I successfully reproduced the original design I had a better understanding of the underlying principles of the current technology and that such understanding was vital to finding and overcoming the limitations of the device. Here is the first rule learned: do not begin a project with superficial understanding of its details. Researchers in sciences, especially, should pay attention to the stage of preparation because good basics can offer them insights into the core of issues.

While having meetings continued to discuss possible improvements for syringe-injectable electronics, I made appointments to visit several other projects that Mentor W was also working on in the laboratory of Center for Life Science Boston. They included the in-drop, which aimed to analyze massive DNAs at a single-cell level simultaneously, and biologically synthesis of materials, which hopefully could fast produce desirable proteins without extracting them from cells. Before I entered the laboratory, I had expected people wearing white coats with confident expressions step by step doing the correct process. The reality was much more different. When I entered the laboratory, Mentor W was fixing the connection between a microscope and his computer because images that were supposed to be presented on his computer failed to show up. Noticing my look of confusion, he explained to me that much of research time was dedicated to two things—designing new experiments and fixing technical problems. The actuality was, to my disappointment, less legendary than what I would like to believe. However, I could not blame the nature of research for being not very dreamy. I had never any experience with real-life research before and reading papers from natre.com and the Cell Press about many interesting discoveries about cancers and evolution had created me this illusion that research was easy or of small difficulties. Everything written in scientific journals deceived me with its fluent thought flow and made me ignore the fact that to produce a set of good data requires numerous times of testing. Most of the time when I paid my visit to the laboratory Mentor W was performing experiments related to the in-drop project. I soon learned that he had, before my arrival, worked on the project for six months without receiving any desirable result. He wished to see that an even band be produced on the gel by gel electrophoresis, by which ensuring that all RNA contained in droplets were reversely transcribed into DNA and that having complete DNA tested while surrounded in droplets was, chemically speaking, probable. I asked him what changes had he made to have that even band on the gel, and out of questions he had done many, including the concentrations and types of detergent for cell lysis, cell concentration and vitality percentage. He was testing the effects of a new detergent and I asked him what would he do in two scenes—one in which he was successful and one failed. The answer was to continue either way. Mentor W said that the project was far from being finished. If the even band still would not turn up, another method would have to be employed to fix the problem. If the even band showed, the project would proceed to another stage, in which barcodes on different sequences should be designed and further DNA analysis would be in order. This in-drop method of DNA analysis could potentially analyze cancer cells more specifically and therefore aid the process of curing cancers. However, there is a great distance between experimental success and clinical applicability, which means more experiments. Just as biology is young science, it is way to early for any research in life science to halt or finish, Mentor W sent out such message, and researchers’ work can be far less ecstatic than most people have expected, but the work is meaningful. I was fortunate and happy to witness that even band on the gel eventually on the day I left. Although the problem was in fact related to the sequence design of the genetic material and had little to do with detergents and cell concentrations, I believed that such surprise was a common part of research. There are several thoughts to be taken away from my time in the laboratory. Number one, look at the core of things and do not expect significant discoveries to come from idle hours with research apparatus. I recalled my time researching materials about optogenetics and fiber optics that could be installed in syringe-injectable electronics to expand the device’s applications, which was the idea for improvement that was finally being figured out, and I did not think for a single moment that the task was simple or could be accomplished by doodling. The core of research requires hard work. The second rule is that research is an infinite journey of explorations and within a project one stage follows another and within the field one project follows another. Mentor W’s message deeply impressed me and I believe that if I am to become a qualified researcher in sciences, I must pace myself and be convinced that the unachieved is far more than what is achieved. 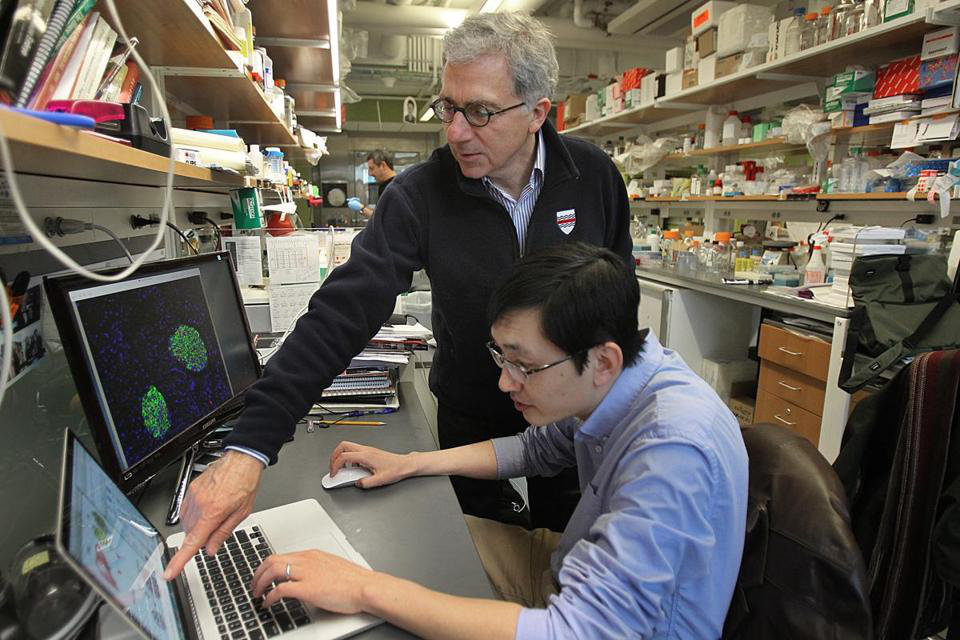 One last important element that I experienced in this program is the lectures on different technologies in 100 Geological Hall. The lessons were intended for students in graduate schools. As the only high school student in the room, I found it both stimulating and intimidating. I did not wish to be the only fool who knew nothing about how to characterize porous materials or atomic layer deposition method, but the truth was that I knew nothing. This blunt truth struck me and made me realize my own limitations in the field of biology and chemistry, of which subjects which I was more or less satisfied with my extent of knowledge. Immediately after this discovery, I sprung into actions and began to linger after lectures so that I could ask the lecturers questions to clarify what did they mean by, for example, classifying porous materials by their isotherms. The more questions I asked, the more I began to settle down with the idea that I knew extremely little, if not nothing. At the end of the day I enriched my knowledge about some commonly utilized machines and techniques. Then I put down my final share of the wisdom I gained in the research program. Reach out for more information. Seat in a class where other students know much more than I do. By doing so I realize my short sights and subsequently I free myself from my pitiful contentment that I know already enough.

Finally, this is the end of my gains in Harvard Research Program and thank you for reading.